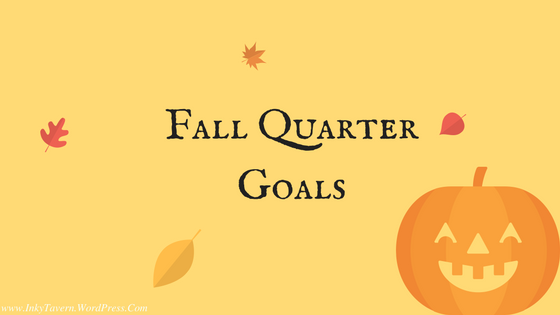 I have a nasty habit of setting a repeat goal only to not complete it. During the summer, I decided to break that habit by taking on an accountability challenge.

And it was an experience!

The objective was to make a list of goals for the summer quarter (June-August) and then complete half of them by September 1, 2016. Then, to keep myself motivated throughout the quarter, I have to publicly announce my successes and failures to you guys.

That’s what today’s post is about. So, lets see how I did.

I set a total of ten goals, so I need to complete FIVE for the summer to be successful. They were…

Oh I edited Ruin alright. Edited it, rewrote it, and edited it again, but am I done? No.

I still have a few continuity and structure errors that I’m working on, so I’m counting this one as a loss.

2. Outline the sequel to Ruin

Have I laid the sequel out scene-by-scene? No, but I do have a rough idea of the major events that’ll take place in the sequel. I just need to fill in the blanks.

I didn’t get a chance to work on this project at all since I was waaay to busy with Ruin.

A win, finally! I probably read more than I wrote (oops!), but that’s okay. I spent my entire spring semester reading critical texts and classics, so some modern fiction was a nice change of pace.

You can check out the reviews for two of the four books I read via these links: Joe Gollem and the Drowning City and Nobody Wants to Read Your Sh*t.

Yay, another win! I wrote a total of three shorts (1000+ words) and two flashes (100+ words). I’ve never completed a short story before, so this was an enlightening experience.

I wrote a piece on criticism that Luther M. Siler from Inifintefreetime was gracious enough to post on his blog. You can check it out here.

Nope. I fell apart at the beginning of August.  😦

9. Be more active on social media

I set out to be moderately active and I did. Woot!

I can start recording episodes at this very moment! I have the editing software, microphone, and a recording strategy all set. Alas, I’m going to set my podcasting ambitions aside for this quarter.

I love being an English major. I get to read tons of critical texts and write about them (yay!), but I also like modern fiction. Managing two books this semester should be enough to keep me from wanting to bang my head against a table.

That and I really wanted to beat my Goodreads challenge this year!

The idea is to post once a week (preferably on a Wednesday), but I doubt I’ll have a stellar record this quarter especially during midterms and finals. Writing a total of 12 posts should be enough to keep my blog alive while I stress over my GPA.

I got an idea and I can’t wait to do it! Be on the look out.

This is it. This quarter is when I finally finish editing Ruin—no excuses!

Retaliation is a sci-fi novel that I’ve been working on since 2012 (yes, that long! One of my biggest flaws as a writer is that I’m constantly rewriting my work). I’m hoping that I can do this during October so that I can…

I love NaNoWriMo! It’s like a holiday for writers.

I didn’t compete last year so I’m going to do it this time around with Retaliation.

I know, I know. I have a short list of goals this time around, but that’s only because I have to make room for my studies. Hopefully I can complete all six, but the goal is to finish three by December 1st.

Drowning in Your Sins 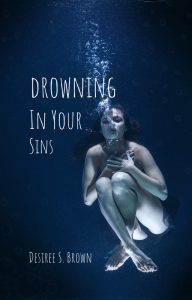 Synopsis: Chloe stifles her ambitions. She works in a job she hates filled with backstabbing coworkers and a narcissistic boss in order to provide for her dysfunctional family. When Chloe loses her job, she suffers a mental breakdown and escapes two cities over with the intention to hit the reset button on her life. She meets the mysterious Beck, falls in love, and is happy for a time. That is until Beck’s dangerous career and shady past not only threatens Chloe’s life, but also the lives of the family she tried to escape.