Elizabeth Gilbert says that it is important to distance ourselves from our creativity because it will effect us when anything happens to it; for example, feeling insulted when our novels are negatively criticized or, conversely, feeling a sense of narcissism if it receives high praise. According to Gilbert, this is dangerous!

Gilbert often refers to ancient Greece’s creative “geniuses,” or Daemons, who were thought to be the cause of creative ideas. So when an artist’s work was criticized, it was their “genius” (their Daemon) being criticized and not them. Rational thought kicked in during the Renaissance and people took on the responsibility of their “genius”. What use to be a divine intervention was now something that was in the self. Now we’re no longer distanced from our projects; in fact, some of us may consider our writing (or our creativity) as an extension of ourselves.

This sounds awkward and weird, I know.

But I thrive on interesting thoughts like these. I believe that Gilbert has a message that needs to be shared and discussed:

Is it important for us to develop a mental detachment from our creative projects as Gilbert suggests? Is this healthy? Can you relate to anything that she has said? Share your thoughts in the comments!

4 Replies to “What’s Your Opinion: Is Creative Detachment Good for You?” 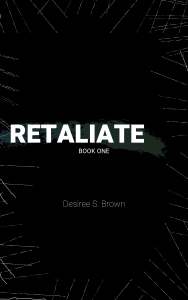 She wants to disappear from the world and he wants to exploit it, but both must save it.